tactics exist beneath the continent

or corruption
or calculate acidic failure
of the past
de-void
the pre-face
why loosen the anagram?
Paltry civilian?

their psyches disrupt at
the fall of gods

tune forth to
the nounal
illness

conspire,
then number all the plates

vicissitudes lead
to the carrion of music

“I speak through typewriter doorframes”

shuttered up for centuries
in this peculiar congruence
but, not to worry,
I recognize characters
everyday

healthily
complete, then irradiate
gotten bile in the furnace of home,
loveless 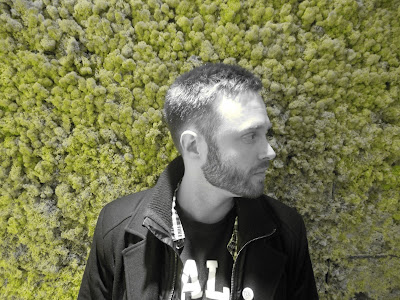 Sean Braune’s first book of philosophy, Language Parasites: Of Phorontology, appeared in 2017 from Punctum Books. His poetry has appeared in ditch, The Puritan, Rampike, Poetry is Dead, and elsewhere. He has two poetry chapbooks out with above/ground press—the vitamins of an alphabet (2016) and The Cosmos (2018)—and a third forthcoming called Face Portraits and Author Cops. A chapbook of his creative writing has appeared from AngelHousePress called Story of Lilith (2017).