Shirley drives Norma bonkers, but that’s what happens after fifty years, three car accidents, and a lifetime of watching ‘The Price Is Right’.

There are things she loves about Shirley, like how the old doll can play thirty-six Speed-Bingo cards at once when Norma can only do sixteen. That’s something.

Then there’s the way Shirley’s got a come-back for everything.  When the dip from the cosmetics counter tries to sell her a twelve-dollar lipstick, Shirley looks right up into her thick- mascaraed eyes and says,

You can’t teach that kind of sass, you’ve gotta be born with it.

Nothing’s ever perfect though, and the thing that crawls right under Norma's skin is Shirley’s fussing.  Shirley doesn’t gripe about the big stuff, she can’t even tell you the name of the Prime Minister.  It’s the little things that set her off.

One time they’re out on the back porch, fixing to enjoy a gin, smoke, and their daily fix of television's most exciting hour of fantastic prizes, and Shirley starts going off about the gas fireplace.

“Did ya turn off the flame, Norma?  Didya? Didya?”

Norma’s tempted to tell Shirley to get off her own goddamn arse and check, but she doesn’t on account of Shirley’s bad knee and also the simple fact that’d be no way to speak to your wife.

Another time they’re getting ready to dig in to a fresh bowl of summer cherries and Shirley says,

Norma steams up and says,

“Course I did, Shirl, waddaya take me for?”

Norma kicks herself because she should’ve seen that one coming.

She knows Shirley isn’t gonna leave it, so she runs every one of those red devils under the faucet again just to button her up.

Shirley likes to go on about how Norma is losing her marbles, but Norma knows the problem isn’t her.  The problem Shirley and her ornery set of nerves.

Norma tries to stay patient, tries to focus on the good points of Shirley, but today might just be the day it all breaks down.

They are halfway to Bingo, when Shirley starts up about the stove.

“Didya remember to turn it off, Norma? Didya? Didya?”

Ten minutes late for Lucky Tuesdays and the old bird wants to turn the car around.


Norma feels the flames lick the insides of her nostrils and takes the left turn a little fast.  The car starts to drift and Shirley grips the door handle tight.

Hasn't got a comeback now, has she? Has she?

Then Norma looks at Shirley’s terrified eyes and tells herself she’s taking things too far. Shirley might be a harpy, but she’s all Norma’s got.

Norma rights the car and says,

“Christ sakes, Shirley.  I checked the son of a bitch ‘for we left, it weren’t on.” 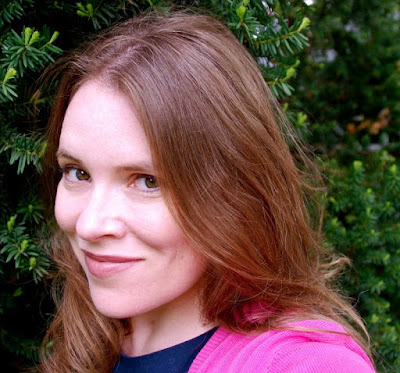 Kate Felix is a writer and filmmaker based in Toronto, Canada. Her work can be found in Room Magazine, Litro Magazine, and Reflex Fiction, among others. Her short films have been featured in over thirty festivals and her screenplays are finalists or award winners in several competitions. She was awarded second place in the Susan Tiberghien Prize for Creative Nonfiction and her short story “Female Jockeys” was a finalist in the Literary Taxidermy competition. She has been shortlisted for several fiction prizes. She is the nonfiction editor for Cauldron Anthology and a reader for Tishman Review, Cease Cows, and The Nasonia. Find her online at www.katefelix.com.  She tweets as @kitty_flash.