About war, they say, there is nothing new to put in the attic. It is as common to hang the conspirators, as it is to share bread with the conspirators. It is the disintegration of the Home Guard, and by equal turns, the defection to the Partizans, that may fox the 3rd Army’s plans to breach the northern line. A man sensing the war may be ending badly for him may prefer to be shot as a deserter, or shot as a collaborator. Two men sensing the war may be ending badly for them may welcome capture, or don jeans and T-shirts and wait for however many years it takes to exact reprisals.

About war, they say, there is nothing new to feed our addictions. It is as common to spurn the love of a king’s daughter, as it is to accept an arranged marriage with a wealthy landowner. It is the cleric donning a military uniform, and by equal turns, the soldier arriving at barracks in his civvies, that may alert the station to discontent in the ranks. A man armed with the correct warrant card may allow fighters to pass through, or use it to access the cupboards full of rum. Two men armed with the correct warrant cards may head north to the tin mines, or south to the diamonds – either way, they are not coming back.

About war, they say, there is nothing new to torch. It is as common to fear snow, as it is to fear bedtime. It is the photograph of the missing child carried by the mother, and by equal turns, the blood-stained pack of cigarettes found among his possessions, that may furnish us with nicknames. A man modest about himself but in love with a French soldier may apply for a job in the Seoul bureau, or throw down his hat and move onto the dancefloor. Two men modest about themselves but in love with a French soldier may draw lots, or for the first time, consider the benefits of a ménage à trois.

About war, they say, there is nothing new to medicate. It is as common to bombard your enemy’s weakest link, as it is to seize your enemy’s fleet to secure the shipping lanes. It is the denial of access to the raw materials for building roads, houses, ships, and tea strainers, and by equal turns, the rumours of a long, grim, and vote-losing blockade, that may lead us to reintroduce conscription. A man given 700 lashes may be a deserter, or an excessively fervent door-to-door salesman who won’t take no for an answer. Two men given 700 lashes may have organised bare-knuckle fights in the Junior Ranks’ Mess, or been caught ‘looking at the sky’.

Capitalism is a disease, they say. Every so often, it must lance its boils with a small dose of fascism. At these times, a man may pray the inevitable puss of war squirts into somebody else’s country, or be willing to take up arms himself. At these times, two men praying just make things worse. 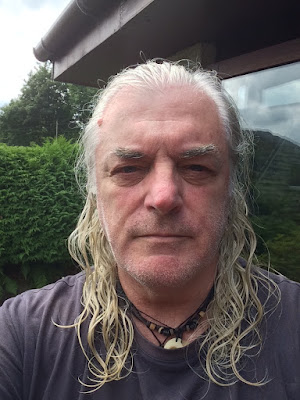