John Shakewell Jr. delivered a credenza to the investment firm of Xavier Young and Zwieback, where Lily Chase sat at a beautiful oak reception desk. The credenza matched it. While John was replicating the early 1900s Mission Style, the firm hired Lily, so this was their first encounter. They chatted about nothing in particular. An art glass vase of fresh flowers on the desk prompted John to warn about water stains. Sawdust on his shoulders made Lily offer to brush it off. Both were in their mid-twenties, healthy, and ready.

On their first date, at the Groaning Board Family Restaurant, they discovered a shared passion for the quiet life of hearth and home. Exotic travel and adventures? Someone else could have them. Lily thought couples should have children while they were young and vigorous. John agreed whole-heartedly. Lily wanted to nurture. John was ambitious to shelter and provide. He already owned a storybook cottage with three bedrooms. His earnings as a cabinetmaker might never equal his former salary as an engineer, but the work was skilled, and he was the boss. He lived in his home town, where everyone knew him.

Lily lived in a rented room with an alcove for a kitchen and a temperamental radiator. Like many young women with a good head on her shoulders and slender means, she arrived in Hapsburg to attend Poindexter College, where she studied economics and accounting. She grew fond of the quirky little town. She found a job, lost it when the company went under, then found the receptionist gig. John was the answer to a question she dared not ask. When he proposed on their third date, she said yes.

John’s parents approved. Lily’s mother was deceased, and her background was blank. But her manner swept away all objections. She was sweet, they said, not like the first one.

The Shakewells attended St. Giles Episcopal, where John Senior served on the vestry. With no religious preference, Lily embraced St. Giles. The historic stone church was a popular venue for weddings, christenings, and memorial services. It photographed well.

Lily could not afford an elaborate wedding, and none of her acquaintance expected it. But she wanted this day in her life to be special. She enlisted Nora Devereux. The women had worked together and become friends. For one reason or another, Nora’s own children had not married. They lived in big cities, far away. She was available.

Lily met Nora once again at the Silver Spoon. Where else? Lily showed off her diamond ring.

“You know all about John.”

“The cabinetmaker with the cottage.”

“Yes! My mother passed away, and I need help.”

“From casual friend to mother of the bride is a big step.”

“Will your father come? Do I have to sit in the front pew beside him?”

“He has a girlfriend.”

“That’s a relief. I promise to help with the planning and little emergencies.”

“You’ll be my fairy godmother!”

“Don’t expect a miracle. Instead of a wand, I’ll bring a handkerchief on the day itself. And I promise to weep quietly without drawing attention away from you.”

“What will you wear?”

“At the back of the closet, I have a matronly dress, something lavish and dull.”

“Taste has nothing to do with money. The question is, what will you wear?”

“I don’t know! Wedding dresses are so expensive.”

“And for something you wear only once, extravagant.”

“What do you advise?”

“Come with me to Mulberry Lane.”

“Where the boutiques are?”

“Various & Sundry stocks vintage clothing, accessories, and whatnot. I’ve gotten to know the owner, Isabel. She will have the perfect dress, previously worn, at a fraction of what a new one would cost.”

“With your figure, you can pull it off.”

Some weeks later, in a gown of white satin edged with pearls and antique lace, Lily Chase married John Shakewell Jr. in St. Giles, where he had married Rebecca Flibbert a year and a half before. Many in the pews had attended that May wedding. In August, the bride flew the coop. She returned to Hapsburg only for the divorce.

“We tried to warn you,” John’s parents said, “but you wouldn’t listen.” Now, as they waited in a pew for the service to begin, surrounded by chrysanthemums and late roses, they whispered, “Let’s hope the second one sticks.”

From the other side, Nora gazed benevolently at the altar. Lily entered on her father’s arm. She joined hands with John, and they exchanged vows. The old-fashioned rector Theodore Percy in cassock and cope was the picture of an Episcopal priest, with snow-white hair like a panache. He resonated like a radio host. And the pipe organ was the best in town. Nora was unprepared, though, to juggle the printed program, hymnal, and Book of Common Prayer. Fortunately, no one was watching her. The action was up front.

At the end, Nora turned with everyone else to watch the newlyweds walk down the aisle. Light on their feet, they almost skipped. The handkerchief dabbed a tear.

My work is done, Nora thought. After a glass of champagne in the parish hall, no doubt I will vanish with a twinkle. 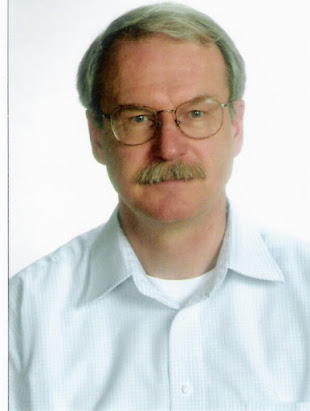