The art of writing #56 : Constance Malloy

How did you first come to fiction?

I came to fiction sitting knee-to-knee with my grandfather in his homemade Adirondack chairs, positioned on a narrow sidewalk between his garage and my grandmother’s vegetable garden. My grandfather was a bullshitter, a cheater at gin rummy and checkers, a rough-edged, bulbous nosed, retired kill floor worker from the local meatpacking plant, and the greatest storyteller I’ve ever met.

My grandfather inherently knew how to weave a story together; and, with only a sixth-grade education, he understood the timing, placement, and pitch of a hook better than anyone. I don’t recall having conversations with him as much as I recall exchanging stories. He was an enthusiastic listener to my stories, and an adept questioner who, without knowing it, taught me how to open a narrative.

But if you’re asking me when was I first lit up by fiction that would be in high school when I read Theodore Drieser’s An American Tragedy, Flannery O’Connor’s A Good Man is Hard to Find, John Steinbeck’s The Grapes of Wrath, William Faulkner’s As I Lay Dying, and Shakespeare. These writers and their stories, coupled with the blessing (or curse, depending on how you look at it), that my life was filled with similar stories and characters and universal themes, sparked an unrelenting desire in me to do what these writers did.

How does a story begin?

I’m one of those people who can overhear a conversation or see an interaction between people and my mind creates a narrative arc around it. My husband always jokes that I have bionic vision and hearing. I’m also one of those people whose life has handed me more fodder for stories than is even reasonably fair. I see and hear so much that grabs my attention and demands that I write about it. Often, like at the current moment, I feel a huge need to remove myself socially, so that I can focus on the ideas I already have without being bombarded by new ones. Oh, and then, there is my love of space and metaphysics and other dimensions that fight their way into my brain for story space as well.

Now that you’ve published a book, is there a difference in how you approach a short story? What have the challenges been?

Generally, speaking, I do not set out to write a specific length of work, other than when I have done so with flash. I have ideas for stories that I have written down or stored in this strange part of my brain that is able to hold onto ideas for lengths of time. As an idea develops and evolves, it tends to naturally dictate its length, and I don’t mess with that much. I don’t try to force short form ideas into a longer form or vice versa. I guess this is a long way of saying I approach both forms the same because I don’t begin with the form. My approach is to sit in a lot of quiet with my ideas, and I do that whether the idea turns into a short story, or novel.

I have a twelve year-old daughter; so, given what I just said, my greatest challenge is solitude. Which is one of the reasons, I take a 30 to 40-minute daily walk.

I taught dance for twenty plus years. I have been retired for ten, and I still function on the academic schedule, which means summers are pretty loose for me. But from Labor Day to Memorial Day, I keep a strict routine. After dropping my daughter off at school, I take my daily walk, followed by writing for two to three hours. Sometimes, I will come back to writing in the evening if I’m feeling inspired. Generally, though, I can get enough writing completed in that time to let it go for the rest of the day and devote my remaining free time to reading.

Who are your favourite print or online journals?

Obviously, all those who have published me. Big love to them all.

I am three quarters of the way through Daniel Torday’s The Last Flight of Poxl West. Highly recommend. Received in the mail today, and read with great delight, Al Kratz’s novella-in-flash The Tony Bone Stories. I’ve been reading P. Djeli Clark, Nick Gaiman, and Ursula K. Le Guin. I recently read George Saunder’s Lincoln in the Bardo. So awesome. I pop in and out of Brian Greene’s The Hidden Reality. And, I always have an Agatha Christi on my Kindle. 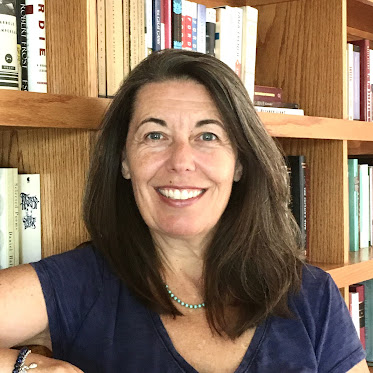 Constance Malloy is the author of Tornado Dreams. Her flash can be found in Bending Genres, Sledgehammer, Janus Literary, Rejection Letters, The Daily Drunk, talking about strawberries all of the time, and New Flash Fiction Review where she is a fiction editor. Her work has been nominated for Best Microfictions, shortlisted, and anthologized. She is the creator of The Burning Hearth Blog and In Conversation...interviews, and is a co-founder of The Flashtronauts! YouTube channel. You can follow her on Twitter @ConstanceMall13.

A piece of her flash fiction appears in the seventhissue.

Constance Malloy The art of writing