Warning against “innocencies.” Morphed into legend. Poetry with justified margins. How Slinger became Gunslinger. How do we abolish the police when we are basically living under a police state? Claudia Rankine’s dog. The chorus (androgynous). LLCoolJ vs. Danez Smith. I agree with that tweet and also that one. Eating the looted cheesecake. Capitalism needs the unemployed to exist to keep its power. “Potential intoxicants.” Oakland’s pro-black graffiti and San Francisco’s anti-Chinese graffiti.

In a “Shutdown Mood”

I'm in the 12% tax bracket and I owe $1373. Gloria Steinem’s boyfriends. Virtue signaling vs. signal boosting. I guess silence is not a great weapon. Thomas Merton’s communist party name: Frank Swift. The era of the power of secret directions. The apples have spoken. Only do boring things if it’s fun. They gave Amy Cooper the dog back. I just wish I was a monologuer. The ideal as something that you think is actually happening. Anytime I'm not in my room staring at the walls, I'm probably dreaming. I've never had as much fun as those girls in the audience.

How to Form a COVID-19 Social Bubble

All the journalists phrasing it as “the ‘I can’t breathe’ incident.” Sex as a concept. A Kylie Minogue cover by Clan of Xymox. I can’t react to your reaction. I’ll eat a whole pumpkin. Best summer ever. Movies with protagonists who have knee pain. Drinking a coke and eating anything with butter on it. Roxane Gay is rich. The unclear fall semester. Thanks to my housemate for always bringing up packages and the mail, because I never leave the house. Power doesn’t need to wear a mask, despite the aspersions cast by a culinary tour guide.

They Call it Gold Dust 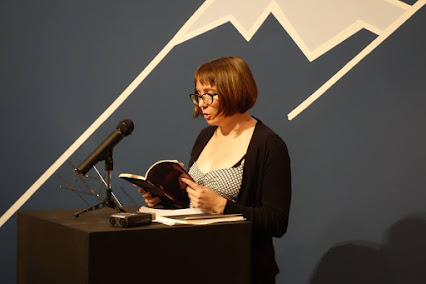 Carrie Hunter received her MFA/MA in the Poetics program at New College of California, was on the editorial board of Black Radish Books, and edited the chapbook press, ypolita press, for 11 years. She has two books out with Black Radish Books, The Incompossible and Orphan Machines, and has published around 15 chapbooks. Her third full length book, Vibratory Milieu, is forthcoming from Nightboat books in January, 2021. She lives in San Francisco and teaches ESL.
Carrie Hunter poems