The art of writing #46 : Robert Boucheron

How did you first come to writing flash fiction? What is it about the form that resonates?

About ten years ago, I stumbled across the term “flash fiction.” I had written short stories and humorous bits since high school in the 1960s. While working as an architect in New York City in the 1980s, I wrote poems, book reviews, interviews, and short stories, mainly for gay newspapers and magazines. Some of the stories were a few pages long.

By 2011 in Virginia, I was making an effort to produce short stories and essays for literary magazines, with their varied guidelines. The flash form struck me as recreation or doodling, something I could indulge between serious work at writing. As I did it more and more, I saw how demanding flash can be, like a high-wire act. I also saw possibilities for experiment with style, setting the scene, creating characters, suggesting a larger story. Any short story ought to be concise and focused. Flash takes that necessity and turns it inside-out. The flash writer implies more than fits on the page, and the reader is forced to collaborate.

How does a story begin?

My stories often begin with a character’s name, a provocative statement, or a line of dialogue. The line may be the first sentence, or it may be the last. I want to know who said that line, to whom, why, and so forth. For me, a story is always a little play or skit, disembodied voices in a radio drama. Who are these people? Where are they? Even a monologue has a setting, and the narrator usually refers to other people. But I don’t feel limited to a stage, a single place, or a small number of characters. In flash, I like the freedom to mention characters and problems as if the reader already knows all about them. In revising, I go back and insert descriptive details, or I prune details that lead away from the point.

I listen carefully to what people say, and I try to remember the exact words. In the case of family members, who repeat the same concerns and phrases over and over, and people I spend time with, so that I get a large sample of their talk, I hear their voices in my head. It’s a small step to divert these voices into a fictional scene. I listen to the radio and never watch television, so I absorb speech patterns, not moving images. I have become alert to the way speech creates images, a trick every writer ought to know.

You’ve published stories in numerous journals. Do you see your writing as a single, extended project, or a series of disconnected threads? Are you in the process yet of thinking about collecting any of your work into a manuscript?

I embark on writing projects, such as a novel, a series of articles on a subject, or a group of stories set in one place and time. Some of my nonfiction writing is on architecture, especially on houses, towns, neighborhoods, and construction. Much of that writing is journalism that appears in local newspapers, but I have also written essays on the same theme for literary magazines. For about thirty years, I have written fiction set in Hapsburg in the Shenandoah Valley of Virginia, with a cast of characters that reappear in story after story. I adapted some of the Hapsburg stories as short plays, and vice versa. Blue Hydrangea, a mystery novel, is set in Hapsburg. My aim is to show a place that feels real but is more packed with history, gossip, feuds, and local color than any real place. I arranged the stories in two book collections, one set in the present and one set mainly in the 1800s. A dozen chapters of the mystery novel have appeared in magazines. I have notes and outlines for more Hapsburg stories than I will live to complete.

Unconnected to Hapsburg, I wrote a series of reports on imaginary cities. As the project went along, I shaped it into a short book with a framing device, the Geosophical Club in New York, where the reports are sent and presented at dinners. Several years ago, I thought a fictional diary of the Roman emperor Nero would be fun, a speeded-up version of Roman emperor diary novels by Gore Vidal, Robert Graves, and Marguerite Yourcenar, so I wrote the Diary of Nero. I have written seventy or more flashes, most of which have appeared in online magazines. One called “The XYZ Affair” would logically end a collection, so I arranged sixty flashes alphabetically to make that happen.

A character named Nora Devereux popped up a few years ago in my flashes. With a growing sense of excitement, I discovered that she lives in Hapsburg. A dozen of her adventures became episodes in a long story or a “novella in flash.” Last year, two of the episodes appeared in talking about strawberries all of the time.

For most of forty years, I was self-employed as an architect, mainly in residential design—new houses, house additions, garden apartments—with some small commercial buildings. My practice wound down, and I started to collect Social Security two years ago. In general, I sit at my desk every morning, three to four hours, and write or do something related, such as research, revision, or notes toward a new story. I write pages of notes longhand, sometimes an outline, before I type a first draft. As a story develops, I discard some notes and create fresh material. I keep a pad of lined paper beside the computer and add notes to it throughout the day.

Less regularly, I write and draw in an artist sketchbook—poems, lists, story ideas, profiles of authors, journal entries on daily life, house plans, and street facades. To keep myself oriented, I drew a street plan of the historic district of Hapsburg in my sketchbooks. I’m now up to volume eight.

How does your translation work impact upon your own writing?

The Diary of Nero grew out of my translations of Latin poetry, mainly Catullus and Horace, along with deep reading in ancient history. I believe human nature, mental capacity, lust for power, and so forth were the same two thousand years ago as they are today. We can understand the psychology of historical figures and events by putting ourselves in their context. What is different is the mass of cultural meanings and assumptions, much of which is lost to us. Still, there are interesting parallels. Donald Trump’s behavior struck me as much like that of Nero, a spoiled brat enabled by a government structure and political myth that exalts the head of state.

I have translated German Romantic poetry by Heine, von Eichendorff, Goethe, and more. I don’t know that it has affected my fiction, though it reflects a taste for death and hopeless love. The foreign language I know best is French, and I read French fiction and nonfiction. Good translations of major works of French literature already exist. One of the less well-known Mother Goose tales by Charles Perrault intrigued me. I translated it as “Rufty Tufty,” which led to an original tale, a sequel I called “Brown Betty.” That led to several “demoralized fables.” Last year, I started a novel-length retelling of the Tristan and Isold legend, for which I read a modern French prose version. Mine is contemporary English prose with some rhymed verse. By the way, the fifty short prose poems in Spleen de Paris by Charles Baudelaire, and Le parti pris des choses by Francis Ponge are precursors for flash fiction.

New England Review is one of the best American literary journals, in my opinion. I also like the Hudson Review, Paris Review, and Sewanee Review. I read the Atlantic, Harper’s, and the New Yorker, not so much for the fiction as for the articles and reviews. The world of online magazines is, like the universe, constantly expanding. Several zines that published my work have already gone defunct. Several that I enjoyed reading have changed for the worse. I like Ellipsis Zine and Lowestoft Chronicle. New ones that look sharp are The Common Breath in Glasgow and Leon Literary Review in Boston.

To be honest, I read more classic and twentieth-century fiction than contemporary writers, and I binge on a certain writer for months at a time—W. Somerset Maugham, Herman Melville, Bobbie Ann Mason, and Irène Némirovsky. I recently reread A Fan’s Notes by Frederick Exley and Pride and Prejudice by Jane Austen, and both made me laugh out loud. I admire the short stories that everyone else admires by Chekhov, Hawthorne, Hemingway, and Cheever. I have a love-hate affair going on with short stories by Lydia Davis, Lorrie Moore, Alice Munroe, and John Updike. In French, I am stimulated by Colette, Proust, Alphonse Daudet, Marcel Aymé, and Marcel Pagnol. 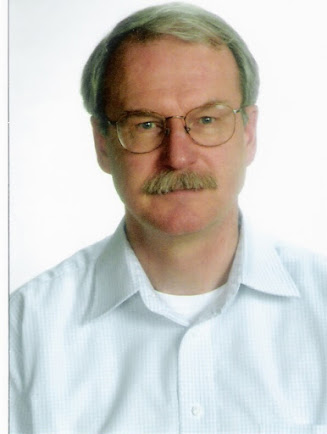 Robert Boucheron is an architect in Charlottesville, Virginia. His short stories and essays are in Bellingham Review, Fiction International, Louisville Review, and Saturday Evening Post. His flash fiction is in online magazines.

He has flash fiction posted in the fourth and fifth issues.

Robert Boucheron The art of writing