How did you first come to poetry? What is it about the form that resonates?

I’ve been around poems almost as long as I can remember. My mother is a poet and I remember stumbling across her poems on our old DOS PC back when my family lived in Vancouver. This would’ve been around 1987, 1988. I don’t know if that had a direct influence, but it at least instilled in me that writing is something ordinary people do, and a perfectly normal way to spend your time. I started off writing stories in elementary school, long, rambling things in WordPerfect on that same computer, and then moved towards poetry at some point in grade nine. I’m not sure what the reason for that was, though a bunch of my friends were getting their work into my high school lit mag, so maybe that had something to do with it. It was a thing to do, and over the years, became a thing I did. Gradually, I wrote more and more poems. I’ve always liked the compression and openness, the lack of rules, how a poem can be a single misspelled word (the infamous “lighght”) or an unfinished long poem spanning multiple volumes, and everything in between.

How did publishing your first chapbook change your writing? What have the differences been since?

In some ways, it felt like taking another step: first publishing individual poems, then publishing a chapbook. It felt hugely validating, in the same way that publishing my first poem did, and I’ll always be grateful for the experience. Working with David and Jim was my first real exposure to looking beyond the individual poem, into themes, echoes, ordering, not to mention a crash course in editing. I tried out different suggestions, we exchanged drafts, and worked towards a final product I’m deeply proud of. It’s been two years since I finalized the versions of those poems and I’m still very much in love with that chapbook. I’m glad I didn’t publish it until my late 30s. I think it’s much stronger for that.

In terms of differences, a couple of the poems in the chapbook go back 15 or 20 years, to when I was first starting to write seriously. One of them I may have even workshopped (in a much earlier version) in my undergraduate creative writing class back in 2001. My style then was different: more youthfully exuberant, longer lines, a kind of wordiness that a number of editors have tried to rein in. And while the work was more uneven, the best of it was still good, and I was less afraid to take big jumps. I’m trying to learn from my older work. Not just what wasn’t working, but what was.

Another big change has been just thinking about the chapbook. I admit that before, I’d bought a few, but I was really only peripherally aware of them, of the format. With all that’s written and impressed-upon newer poets about The Debut Collection, it’s easy to get focused on the book, to get caught up in trying to organize a cohesive 48-90 pages of poems and run the publication gauntlet. But chapbooks are wonderful because they’re so varied: some presses make beautiful, polished art-objects, some look beyond the basic form of the book (thinking especially about Blasted Tree’s Contemporary Meat), and others aim to get work out quickly and inexpensively. There’s so much space in that space, though I especially appreciate the presses who put work out before it’s fully cooled. Publishing a chapbook has led me towards different kinds of organization – not just, “is there a manuscript in here?”, but maybe, “are these are the start of a chapbook?”

The process really impressed on me that these are things people can make; that I can make. I started null pointer press in late 2020 to produce a chapbook anthology of odd poems, and after sending that out in the world, subsequently started a biannual longer poems journal (+doc), which just published its third issue a couple of months ago. I saw a lack of space for longer poems, so I decided to make some. And all because I was nudged in early 2020 to submit a chapbook MS to Anstruther.

I’m still trying to figure this out myself. Some days, when everything comes together perfectly, it seems like nothing can go wrong. The idea or impulse and its representation as a poem come quickly, requiring minimal editing; and on those incredibly rare days, it’s tempting to think I’ve started to figure out what this writing thing’s about. Luckily, the rest of the days are pretty humbling.

To answer from another angle: with a sound, an inflection, a word, a phrase, a sentence; from a dream or something just seen; from a feeling, from something just read; in a notebook, on a piece of scrap paper put aside till later, or tapped out in pieces into a phone. I like that no two poems start exactly the same, and that the initial medium can guide the overall form of the poem, for example with the phone and its naturally shorter lines.

The latter, mostly. I try to fit writing between things, or before, or after. Each week, on average, I write a bit, work on a few things. Maybe writing, maybe editing or submitting. Lately I’ve been consumed with manuscript work. But I feel it’s important to have a semi-regular routine, because writing tends to spur more writing. That said, I have a number of creative interests, so if I’m not writing on a particular day, I don’t beat myself up. I’m happy as long as I’m working on something.

The Fiddlehead. Juniper. And internationally, last year I got a subscription to Banshee, which is excellent.

Emma Bolden and Mathew Henderson for the way they shape a poem, and for their cadences. rob mclennan for the leaps in his lines. I wish Jen Sookfong Lee had more than one collection. I’ve also been getting more into shorter forms, and have been enjoying Cameron Anstee and the late Nelson Ball. 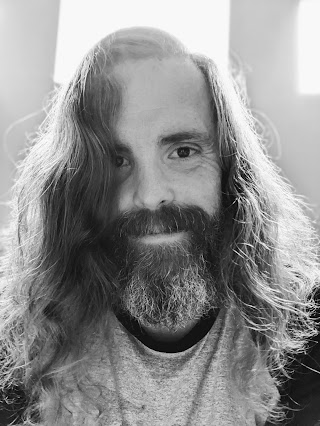 Julian Day lives in Winnipeg. His work has recently appeared or is forthcoming in The Puritan and The Antigonish Review, and his debut chapbook is Late Summer Flowers (Anstruther Press, 2021).

A selection of his poems appeared in the seventh issue.

Julian Day The art of writing